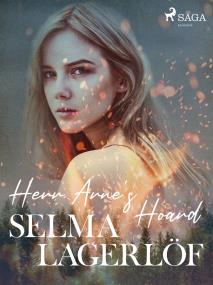 by Selma Lagerlöf
'Herr Arne's Hoard' is a 1904 novel by the Swedish writer Selma Lagerlöf. Its original Swedish title is 'Herr Arnes penningar,' which means 'Sir Arne's money'. Set in Bohuslän in the 16th century, it tells the story of a group of Scottish mercenaries who escape from prison. The group then murders a family in order to steal a treasure chest, but one of them falls in love with the family's sole survivor.
The novel has been adapted for film three times: by Mauritz Stiller in 1919 as 'Sir Arne's Treasure,' by Gustaf Molander in 1954 as 'Herr Arnes penningar,' and as 'Poklad pana Arna' in a 1967 Czechoslovak animated short film by Václav Bedrich.

Selma Lagerlöf (1858-1940) has written a series of novels and short stories about peasant life in Sweden. Her first novel "Gösta Berling's Saga" was made into the 1924 eponymous silent film featuring Greta Garbo, as well as into the 1925 Zandonai opera "I Cavalieri di Ekebù". Lagerlöf was the first female writer to win the Nobel Prize in literature, which was awarded to her in 1909. She was also the first female member of the Swedish Academy, which she entered in 1914.